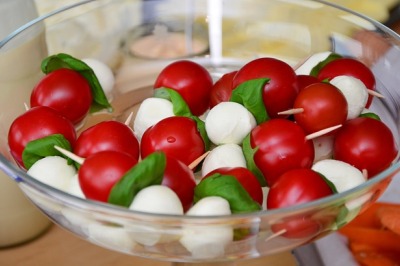 The market for organic foods has steadily been growing for the past two decades and has now reached a sizable market share in many countries. Organic foods amount to 11% of total food market in Germany alone.

So why do consumer prefer organic food over “conventional” food, despite the price being higher?

Organic food production has been around for thousands of years and has proven to be the sustainable choice for the past, present and the future. There are many more reasons to consume organic foods, here are our top 7…

1. Non-GMO
Organic food is the way food is supposed to be and as nature has intended it. Although challenging to determine, some studies suggest that as much as 75% of the food supply in North America is in some way genetically-modified. GMO foods are still in the experimental phase and it might be a prudent idea to avoid GMO foods as much as possible. Europe does not allow GMO crops and there is therefore no risk of accidental cross-contamination with organic farms & crops.

2. Chemical Free
Organic farmers use natural methods to control the quality of their produce and go to great length to grow their foods without the use of pesticides, fungicides, herbicides and fertilizers. According to the EPA (US Environmental Protection Agency) the majority of those chemicals are considered carcinogenic i.e. causing cancer, many are also identified as neurotoxins, i.e. nerve damaging. They are simply poison.

3. Higher Nutrition
Our soils are depleted and void of the essential minerals needed to grow wholesome crops. In study after study, independent research consistently shows organic food is higher in nutrients than conventional foods. This research shows that organic produce is significantly higher in vitamin C (about 27%), higher in iron (21%), higher in magnesium (29%), higher in phosphorus (13%) and higher in polyphenols (18%). (Source: Organic[.]org)

5. Supports Small Independent Farmers
Organic farms are safer for farm workers as they are not exposed to toxins all day long. Moreover, farmers don’t have to compete on size and this allows especially the smaller farmers to earn a fair living.

6. Protects the Environment
The EPA (US Environmental Protection Agency) estimates that pesticides, herbicides etc. pollute the primary drinking source for half of the US population. This estimate could probably be extended to Caribbean farm land where the farmer is relying heavily on conventional farming and pesticide use. Therefore, buying organic will help reduce the pollution in drinking water for everybody.

7. Protects Animals, Wildlife & Biodiversity
The commonly used chemicals in conventional farming is harming the wildlife surrounding the farm land. Moreover, mono-cultures are destroying the eco-balance and biodiversity in nature.